Incorporating Mushrooms into the Menu

Their appeal to both meat-eaters and meat-avoiders makes it clear that you need to add this fungus on your menu.

Typically, we look at our food as only belonging to one of two groups: plant or animal. But there is a third group that we regularly consume, one that belongs to a separate branch on the tree of life and is, oddly, closer to animals than to plants: mushrooms.

One bite and it makes sense. The texture? More like meat than most any plant. The taste? Rich and deep, sometimes woodsy, a real departure from vegetables and unlike any meats. Perhaps that is why they are such a great compliment to nearly any dish and are increasingly taking center stage.

The problem for any chef is finding the right mushroom out of the myriad of choices, not to mention simply procuring them consistently. Mushrooms are notoriously hard to cultivate and many still must be harvested by hand in the wild. Science has helped, and exotic mushroom farmers have cropped up, but there’s still plenty of progress to make.

Which Mushroom is Right for Your Dish? 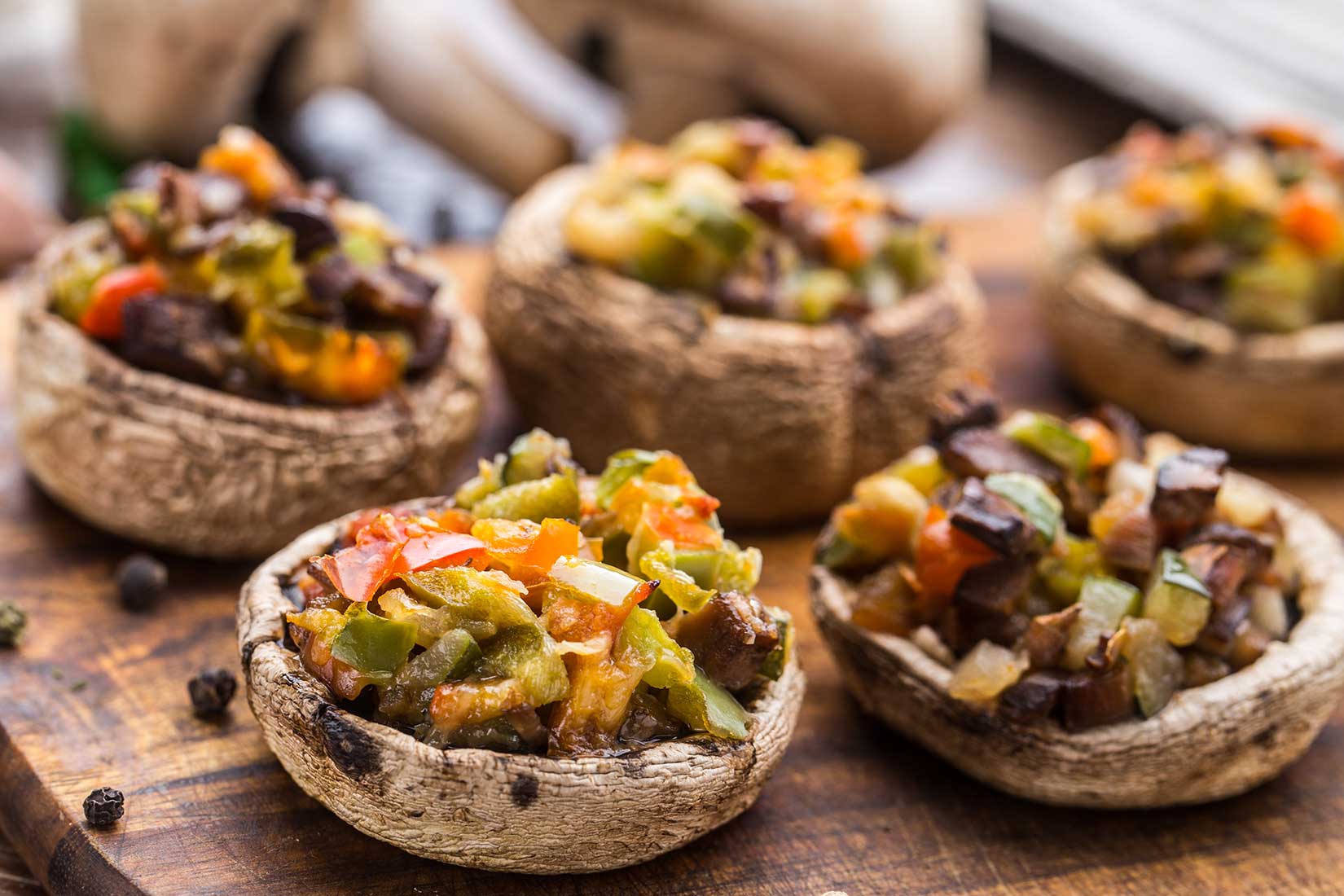 It’s easy to dismiss the button mushroom as pedestrian and boring but it really is the most easily sourced and consistent mushroom out there. It’s also flexible, from soups to sauces, simply sautéed with butter and thyme over chicken or steak, raw in salads, or larger mushrooms stuffed with meats and cheeses. It can also be used as a stretcher to help keep food costs down; mixed with more expensive and exotic mushrooms without diluting taste or quality.

Probably the best-known Asian mushroom but not limited to Asian cuisine. Grown on logs, they don’t really need to be washed, just dab with a damp towel. Sliced into strips and sautéed with a little butter and sherry, they create a slightly sweet creamy sauce that can top a steak or be tossed with pasta. The stems are normally considered too tough and fibrous to eat but don’t toss them. Instead, add them to the pot to enhance that veggie stock or add another layer to your house made chicken stock.

Basically an immature portobello mushroom, sometimes called a baby bella. Similar in shape to a button, they’re a nice alternative for stuffing and roasting, imparting more flavor than their more-common cousin. They also hold up well in soups, creating a darker, richer bisque. Don’t puree all of them though. Sliced and sautéed, they add a nice visual touch to the bowl. Also, the right choice to add to rich and tangy tomato sauces for pasta.

A decade ago, portobellos all but jumped the shark. They were everywhere, from fine dining to your neighborhood grill, mainly as a substitute for meat on a burger at a time when vegetarian options were limited. Choices for vegetarians have exploded since then and perhaps it is time to let the portobello creep back onto menus. Just move away from the expected grilled and balsamic vinegar combinations that dominated before. Try stuffing with meat and cheese for a Philly Cheesesteak version or use as an amazing layer inside your veggie lasagna.

Pairing mushrooms with seafood can be tricky; the flavors don’t always mesh well together. But the morel can fit right in, pairing well with delicate fish like Dover sole and excellent tossed with pasta, shrimp, and chopped asparagus. Morels shine when served with a little dairy, so a creamy morel and bay scallop casserole makes a rich and decadent dish.

Instantly recognizable, chanterelles always stand out on the plate. In a soup you’d be remiss in not floating some on top of the bowl for that "wow" factor. For a special appetizer or small plate, sauté chanterelles with chopped bacon and serve simply on toast with a little shaved Parmesan. Offer a pairing of a nice Riesling to increase enjoyment.

Extremely popular in Japan and wildly expensive there, fortunately they’re much cheaper and affordable here in the US. Try a classic preparation, like Matsutake Gohan, to really give this mushroom the platform it deserves: with the mushrooms cooked in the rice, which absorbs the flavors as it cooks. Or, even more simple, sliced and simmered in a clear dashi broth. For a bar snack, fry them tempura style and present with a citrusy ponzu sauce. 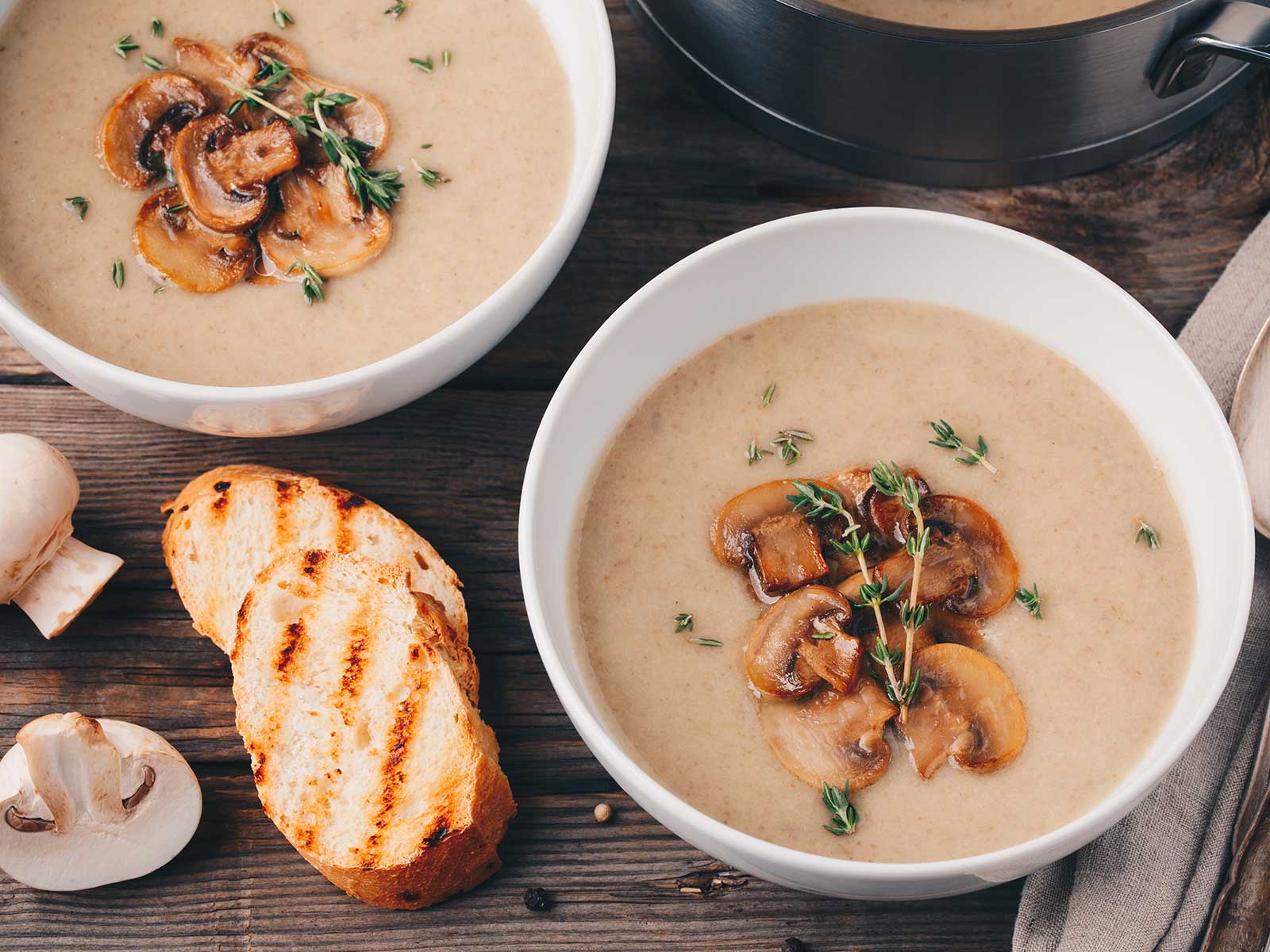 The Potential is Endless

Probably the classic Italian pasta mushroom, especially with cream and a little thyme then tossed with fettuccine. Sometimes hard to find fresh in the US, dried versions are more common and less expensive. Remember to reserve the liquid when rehydrating, it can be used to intensify the flavors of the dish or repurposed into your next batch of stock.

The perfect base for any wild mushroom sauté. You can also pair it with other wild and cultivated mushrooms, from crimini to chanterelle, to make an amazing wild mushroom pâté. Sautéed with butter, shallots, and sherry, then pureed with cream and freshly-toasted ground almonds before being baked in a terrine, you’ve got the texture and mouthfeel of a traditional pâté for the vegetarian crowd.

This hand-foraged mushroom is probably the hottest mushroom on menus right now. Pan-roasted in one piece, it’s the kind of vegetarian dish that will also appeal to steak lovers. For the adventurous, slather with an anchovy sauce or go simple with a miso butter. Either way, it’s a visually exciting entrée that will dominate your Instagram tags.

Truffles have been complicated of late. The trend to truffle oil has been giving it a bad name, especially since, while it may be cheaper, it contains no truffle and is basically a chemically-enhanced perfume. Diners are increasingly left thinking they don’t like truffle. Dump the truffle fries. Introduce them to cacio e pepe, one of the most classic Italian pasta dishes—simply cheese and pepper—and shave a little truffle on top of dish. Your diners will walk away with a new appreciation of the elusive fungus.

Between the global supply chain and better applied technology for cultivation, there’s never been a better time to add mushrooms to your kitchen’s pantry in a significant way. With more and more professional foragers, even the mushrooms that must be hand-foraged are easier for restaurateurs to procure and consistently offer. Add to that, their appeal to both meat-eaters and meat-avoiders and it becomes clear that you need fungus on your menu.

Takin’ it to the Streets

The Value of Vegging Out

Fire Up the Fourth