Why to Open for New Year's Day Brunch

To open or not to open?

If you do decide to open on a day when so many are closed, don’t forget to get the word out using your social media platforms.

A closed restaurant produces no income. An empty restaurant, however, can be very costly.

Therein lies the problem facing restaurateurs when deciding to open or close on a holiday. Will opening the doors on certain days be worth it? Well, it depends. According to CultureWaves, an aggregator of consumer behavioral data, nearly one in five people eat out for breakfast on Thanksgiving. This trend could possibly be driven by people traveling to share the day with distant relatives and friends or by people returning from early morning sales at big box stores. The number of people eating out Thanksgiving dinner, however, is only 3%. The drop from morning to afternoon could be from a lack of demand or a lack of options. With proper planning, some do make it work.

So, Thanksgiving has potential, Christmas may not be worth the effort. What about New Year’s? New Year’s Eve itself is big business. New Year’s Day, though, might be a missed opportunity if you stay closed. Dinner may or may not be a success, but if you already do a brunch menu New Year’s Day might be worthwhile.

Whether or not you partied the night before—okay especially if you did, who doesn’t enjoy a solid brunch? Fancy egg dishes, pancakes or waffles, maybe even a breakfast ramen (noodles with a savory broth and a beautifully soft poached egg) all make for a great way to start the New Year. 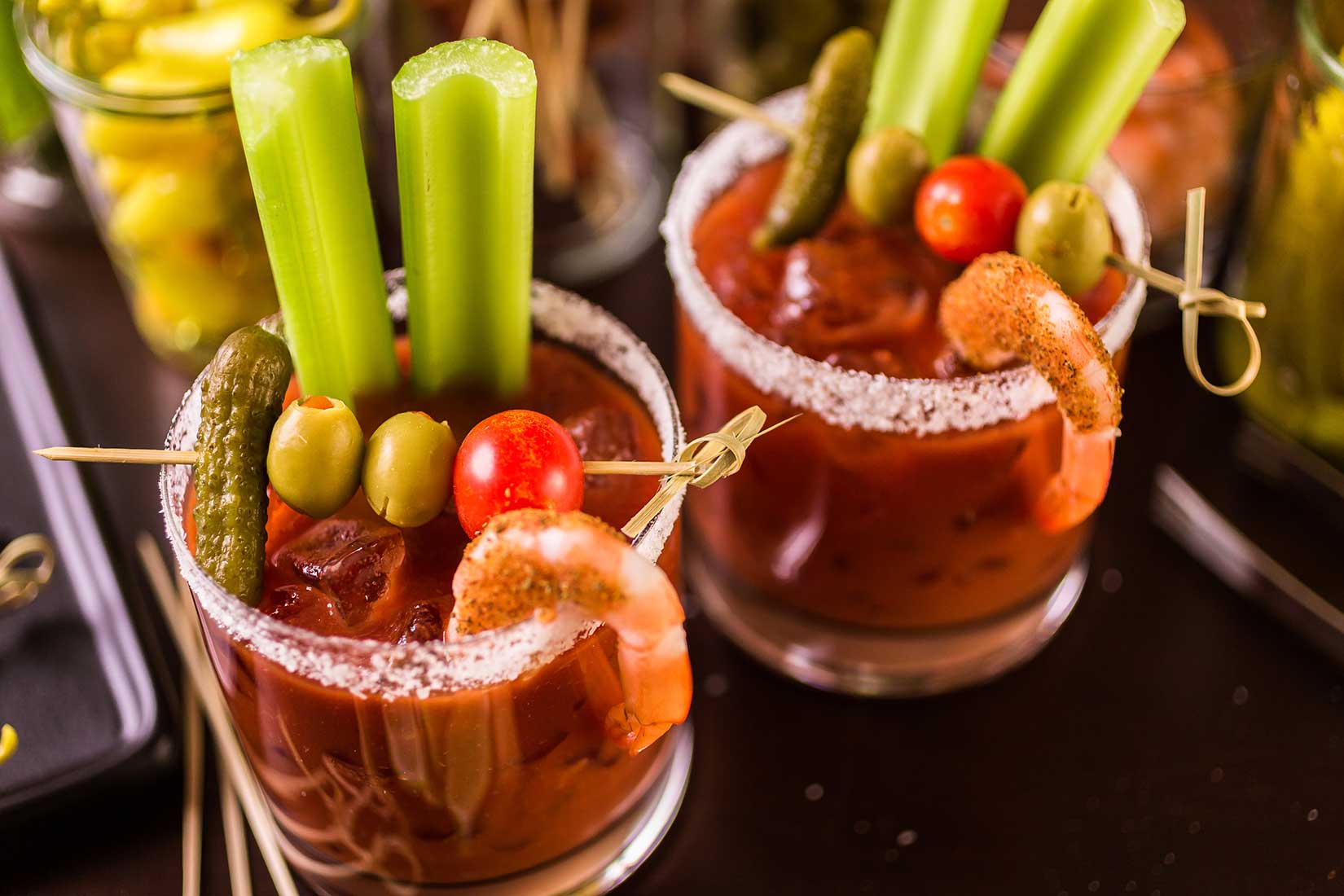 If you don’t have a brunch menu, consider adding a few brunch specials for the day to jazz things up. Get a little creative. Instead of traditional Eggs Benedict, jettison that ham and add a small crab cake while stepping up the hollandaise with a little Sriracha. Keep the quality high. How many times have you ordered a steak and egg breakfast only to be disappointed by a thin, gristly strip steak? Try a Bistro cut (also known as Hanger Steak) instead. A better quality cut at a very reasonable price. Other old favorites like waffles or pancakes can be made really special by using a red velvet batter or using bananas foster as an inspiration.

A New Year’s Day brunch wouldn’t be complete without a little hair of the dog. Mimosas don’t need to be limited to orange juice anymore. Nearly any juice, from pomegranate to guava can be used. Dial them up with a touch of St. Germain liqueur or Chambord for a unique house mimosa. Try using prosecco instead of champagne. Cheap champagne tends to taste…cheap. Prosecco is a little brighter, mixes well with all manner of juice, and is a better value—higher quality for a comparable price.

You could even take a page from craft breweries and do a mimosa flight—three or four different glasses to let your guests sample all your creations. If you’ve taken the plunge and have prosecco on tap you might even consider serving mimosas by the pitcher—just make sure and check local liquor laws to ensure such a thing is allowed. A pitcher using just Prosecco might be fine, but they may frown upon it if hard alcohol is added.

Bloody Marys are another brunch staple that you might consider. Whether you make your own house mix (easily done with West Creek® tomato juice and your own combination of traditional and non-traditional ingredients) or use a pre-made mix from Ascend®, it’s not difficult to customize a unique tipple to compliment the theme of your eatery. Replace the vodka with a good bourbon for a hipper, trendier feel. Or go upscale with a Scandinavian aquavit for a more international feel. Garnishes on Bloody Marys have gotten a little absurd of late, ranging from shrimp to mini sliders or even a grilled cheese sandwich. Whatever you might feel about the over the top toppings, you can’t deny how often these creations get Instagrammed with your restaurant tagged. Terribly tacky or genius marketing? You make the call.

Which brings us to a final point: if you do decide to open on a day when so many are closed, don’t forget to get the word out. Take advantage of your social media outlets—Facebook, Twitter, Instagram. Drop a line to your local food writers, maybe even invite them in for a quick tasting of a planned special or themed drink. A $10 drink in the right hands can generate more positive buzz than an expensive print ad that may not reach the right audience.

Piet Jones - Piet helps you navigate the ever changing restaurant scene with insights into emerging trends in food, service and even building your brand.

How To Attract Influencers

Tips for Creating A Marketing Budget

How to Market To Baby Boomers (and Why)

Why Your Restaurant Needs a Loyalty Program

How to Make the Most of Private Events

Why Your Restaurant Should Offer Student Discounts

How to Make Your Grand Opening Successful

How to Draw a Crowd on Game Day

Why to Open for New Years Day Brunch

Plan Ahead for Holiday Catering

Creating an "All You Can Eat" Concept